The above listed are a few out of copious perks economy clutches. Nevertheless, considering how substantial the economy stands, public transportation serves as a benefactor, fawning to be a windfall for the nation. Ranging from productivity, business activities, employment to property values, investment, and tax returns, the economy takes leverage in all because of public transportation- being a honey-bee to flower. The American Public Transportation Association claims that public transportation is an $80 billion industry that employs more than 448,000 people; the public transit system is a crucial facilitator and donor to a nation’s economy, which is key to achieving economic connectivity.

Public transportation is the shared mobility of a group of individuals from one area to another in an efficient, convenient and affordable manner. Conversing about the economic benefits of public transportation is bragging, though classifying it into three key areas would make the twirl look better to comprehend things.

HOW PUBLIC TRANSPORTATION BENEFITS THE ECONOMY?

Collectively, numerous benefits of public transportation stand to reason the burgeoning economy of a nation. Unfortunately, the traffic gridlocks prove to be one of the biggest stumbling blocks for the economy. On average, commuters spend 54 hours a year in traffic jams. If people choose to travel through their personal automobiles, more cars on the roads will likely increase, hence traffic congestions.

Not only do they make you late, but congested roads outlay your time and energy. Yet, public transportation can play a pivotal role in assuaging the roadblocks. As more people opt for utilizing public transit vehicles, fewer cars would be witnessed on the roads, ultimately benefitting the economy with better fuel efficiency, cost-effectiveness, and saving the clock.

Efficient Public transportation promotes geographic integration between employment and residential hubs, giving rise to the capacity of more dispersed populations to generate wealth. A cycle of economic growth is perpetuated by investing in improving public transportation. Making convenient, accessible, and pocket-friendly commutation via public transit to corporate places, educational institutions, or even tourism spots shoots up the economy.

Increased property values are directly proportional to improved access to public transportation. The forethought that focuses on public transportation– by advancing blended-use density along transport corridors – diminishes the need to allocate public spaces to streets and parking, permitting these spaces to be put to more significant uses, reflecting decidedly on the overall metropolitan convenience. Thus, the economy shines.

Allowing people to earn bread and butter with comfort makes them mount better and healthier. Prostration stops knocking on their door as they travel in a relaxing atmosphere while building social connections. Easy fare payments serve as another perk that enables the general public to swiftly save and build upon their dreams. As a result, businesses and industries heighten as more talented individuals are inclined to work with them. Every $10 million in capital investment in public transportation yields $30 million in increased business sales.

In a nutshell, the greater number of people opting for public transportation, the more substantial is the nation’s economy. Therefore, investing in enhancing public transport would generate desirable outcomes for the economy, bringing home the bacon. 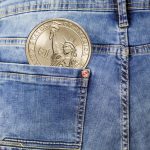 MOST AFFORDABLE MEANS OF PUBLIC TRANSPORTATIONUncategorized 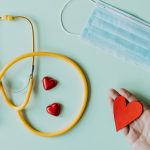 Why Public Transport Is A Healthy Alternative To Private TravelUncategorized