When most people think of public transit, they consider how it helps them get to and from work, lessens congestion on roads, and helps improve the environment by decreasing the amount of vehicle pollution throughout our cities. Although public transit does all of these things, it also has one lesser-known benefit, encouraging economic expansion.

Let’s be clear, although, to the everyday citizen, this impact of public transit is rarely, if ever considered, to developers, it is a driving force behind re-imagining and increasing growth in urban areas. Since the beginning of time, prosperous cities have grown in areas with well-designed means of transportation. From seafaring cities to those along trade routes, the ability for citizens to easily travel within an area directly influences its success. There are many ways that transit directly affects expansion, as outlined below.

Transit systems can shape the way a city is developed, determine the characters of a neighborhood, and influence the area’s property values. The way a city uses its land is tied to how appealing and convenient its public transit system is to the citizens.

Allows Citizens To Commute With Ease

One of the biggest draws of residing in an urban city is how easy it is to travel from one place to another, which is why public transit is an asset developers use for expansion. If the people living in a city can’t commute easily, they will choose to find somewhere else to live. However, if they have access to a public transit system that makes it simple to go to and from work, shopping, or other activities, they will happily reside in the area.

There is no doubt that the transportation sector, including cars and trucks, produces the most significant amount of carbon dioxide emissions, accounting for around 17% of all greenhouse gases. Investing in a public transit system reduces the number of vehicles on the road. Each bus eliminates 80-100 each, lessening the air pollution and increasing the quality of life for those residing in the area.

The public transit system directly influences street design. Creating streamlined roads lowers commute time and makes it easier for businesses to position themselves to attract a larger number of customers. Many stores choose to build near public transit stops, which helps the economy grow, making the city more prosperous.

The US market is shifting, with research showing more people are choosing to buy homes in smart growth neighborhoods propelled by public transit. Transit-Oriented Development (TOD) is emerging and creating tight-knit communities built within walking distance of public transit stations. These TODs are lowering transportation costs, creating affordable housing, decreasing air pollution, and increasing economic expansion, and it’s all due to public transit. The Montgomery Transit is dedicated to providing quality transit options for those living within Montgomery, Alabama. We offer fixed route and paratransit services for those within the city limits in a clean and safe environment. With thirty-four buses serving fourteen fixed routes daily, you can always count on The M! 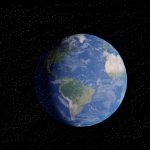 How Public Transit Is Saving The PlanetUncategorized 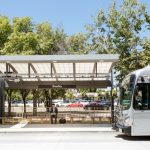