There is no doubt that public transit is one of the most beneficial perks of living in an urban environment. Every day millions of people throughout the country rely on public transit to go to and from work, the grocery store, healthcare facilities, and so much more. Without public transit, urban cities wouldn’t have the ability to support the high-demand personal vehicles would have on roads, which would become so packed it would be impossible to move from one point to another. There are many benefits urban public transit has in increasing the quality of life for citizens residing within metropolitan city limits.

Public transit allows those unable to drive a personal vehicle to live mobile and fulfilling lives. Whether they are disabled, too young, elderly, or any other reason causing them to need an alternate form of transportation, public transit provides the opportunity to continue living a vibrant, active life.

Large cities require a higher number of resources to accommodate the high number of people living in a small area. Public transit allows the community to reduce the number of resources necessary to provide an equally fulfilling life to its residents. One bus can replace eighty to one hundred cars, reducing air pollution and street congestion. It also requires less space on the road and uses significantly less energy than the comparable number of cars. Buses are also much safer than personal vehicles, with a lower accident rate, creating safer, healthier cities.

The use of public transit puts money directly back into the community. When more people use transit, the city experiences a higher revenue stream from the fares they pay, which is put back into the system through reduced subsidies or, in some cases, by covering the cost of running the service entirely.

The use of urban public transit saves citizens a considerable amount of money every year. A typical bus fare is around three dollars, making it a substantially less expensive way to travel. Many people save up to ten thousand dollars per year by eliminating or reducing their personal vehicle use. That number is expected to increase as we see inflation and gas prices rise. By choosing to use public transit, people can reduce their monthly living expenses, giving them more money to save or spend on basic necessities, which can help them begin to break poverty cycles, benefiting families and the cities they call home.

At The M, we are proud to provide the residents of Montgomery, Alabama a clean and efficient transit system. Our fixed route system averages around two thousand trips every day, so you can rest assured you can get where you want when you want.

We also provide paratransit services that offer one hundred and forty daily trips and operate six days a week. When dependability matters, turn to The M for all your transportation needs. 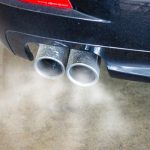 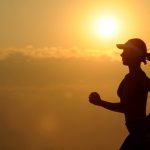