As the conversation on sustainability takes center stage, more people are seeking ways to lessen their carbon footprint and make environmentally-friendly choices. One sector to receive a much-deserved boost in popularity is public transit. For decades, public transit has offered those in urban and suburban areas an affordable and sustainable substitution for personal vehicle usage. Those in the transportation sector are seeking new ways to change the stigma surrounding public transit and make it an inviting and inclusive space for all passengers.

Gone are the days of derelict buses full of unruly passengers; public transit’s nationwide overhaul has transformed the look of public transportation. New buses with a focus on cleanliness emerged as a result of Covid-19, creating a safer, more comfortable space for all. Technology is making it easier than ever for passengers to track their buses, plan their commutes, and keep track of routes, all from the palm of their hands. By utilizing real-time apps, public transit has opened doors for those on the fence about choosing to leave their cars behind, allowing them to quickly plan every trip.

One of the most significant ways public transit connects with its passengers is through sustainability. With more people than ever before considering the environmental impact of their everyday choices, public transit offers a safe and convenient way to lower their carbon footprint. Since the transportation sector is one of the highest emission offenders, with private vehicles producing over 4.6 metric tons of carbon dioxide every year, public transit is a vital resource for lowering these toxic air pollutants. Bear in mind the 4.6 metric tons mentioned is PER VEHICLE, and every day around 115 million make their daily commute. One bus can eliminate thirty to forty private vehicles from our roads, reducing up to 184 metric tons of carbon dioxide from the atmosphere. These staggering numbers put into perspective how impactful public transit is to the future health of the planet.

Public transit helps reduce the economic burden of high healthcare costs since those who take advantage of this option are generally less stressed and healthier. This advantage happens for two reasons, passengers using public transit are typically more active, walking longer distances than those with private vehicles, and they have time to relax during their commute instead of worrying about other drivers on the road. Healthier minds and bodies mean fewer doctor visits, hospitalizations, and medication costs, which leads to massive savings.

As public transit continues to emerge as a standout alternative to high-emission vehicles, systems like The Montgomery Transit provide resources to make riding the bus easier than ever. Using their innovative TransLoc rider app, passengers can track their bus and set alerts, so they never miss a stop. At The M, safety is our priority, which is why we’ve set stringent cleanliness standards to ensure every rider has a safe and enjoyable commute. With thirty-four buses serving fourteen fixed routes daily, there’s something for everyone with The Montgomery Transit. 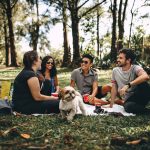 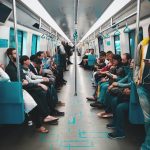